The dream of Shahrazad : Of the art of storytelling a revolution

Documentary films about the Arab Spring have been flourishing these past few years, in an attempt to apply an appropriate narrative to the troubling time the Middle East region was going through. One of the most accurate films is The Dream of Shahrazad, precisely because it was not meant to focus on these events. Its UK premiere took place on March 24th at the Human Rights Watch Film Festival in London. 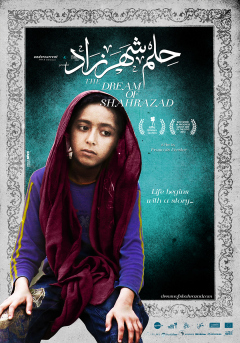 Invited for a discussion after the screening, the South African filmmaker François Verster told us that he developed the idea for the movie in the mid-2000s and started shooting around 2010, as he wished to offer a new reading on the Middle East, its political troubles and ceaseless conflicts. He did not know at the time that he would be filming an extraordinary period.

Verster concentrated his movie on the situation in Egypt, where he weaved his way into the artistic life of four people, before, during and after the Arab Spring. He did not use the film to make a political statement, and he shows that atrocities were committed on all sides.

Instead the director looked at the broader perspective: as a foreigner, he allowed himself to take some distance and reflect on what he was witnessing. He decided to explore the different layers of the revolution in Egypt and how they interacted with each other through the story of the 1001 Nights, a storytelling lens which gave him the opportunity to get closer to reality.

The Youth Philharmonic Orchestra of Turkey is the main storyteller of the 1001 Nights in the film, as it is filmed playing Rimsky-Korsakov’s composition Sheherazade, in Istanbul. This musical performance of the story is where the beauty of the film appears in full form.

The enthralling music piece acts as a befitting background to the situation in Egypt whilst it gives a poetic lens to the various stories: a young Lebanese woman searching for life purpose who becomes an internet activist; an artist who spent his life searching for his own Sheherazade and finally finds her in his new muse; and a Cairo theatre troupe who makes storytelling performances out of testimonies of mothers of the Egyptian revolution martyrs.

Verster neither follows nor interrogates them; through the storytelling, he manages to depict the reality of the artistic aspect of their life and to collect their feelings and opinions, in relation to the events unfolding in Egypt at the time.

“Storytelling is the shortest way to someone’s heart,” says one of the artists in the movie. This is probably true. The rhythms of the music transport our hearts through Egypt and the Arab Spring, through the various protests at Tahrir Square and their aftermath, when Sheherazade is back amongst the people of Egypt. Sheherazade is considered as the representation of the people, always on their side and there to give them a voice – just as she was when she decided to marry King Shahryar in 1001 Nights in order to save all of the other girls in the kingdom.

The presence of the young women side by side with men on Tahrir Square is another proof that Sheherazade is with the Egyptian people again: the visual artist sees them as modern Sheherazades, stepping up to reclaim their freedom of expression and their right to be free.

According to the artists, Sheherazade’s stories have something else in common with the recent history of Egypt: that where there is injustice there is change. “In Tahrir people saw communication, solidarity, something they knew was there but had never seen; they saw something belonging to a people, a society, reminding them and others that they are alive, that they are human beings,” says one protagonist. “People have gained consciousness from the revolution.”

The film ends without trying to foresee what will happen, which is a nice change. It stands open to many political possibilities, just as there are many potential endings to Sheherazade’s own story. Does she live happily ever after with a repentant King, or does she kill him to free the kingdom?