After two years and seven months of investigation, the Brazilian National Truth Commission (Comissão Nacional da Verdade, CNV) delivered on December 10 its final report on human rights violations during the time of the military dictatorship, 1964 to 1985. Drawing upon 1,116 interviews, the 4,328 page report concluded that there were 434 politically-motivated murderers during this dark period.[1] The Truth Commission listed the names of the nearly 300 military, ex-military, and police officers who carried out the crimes.[2] The report has brought a stunning day of reckoning for Brazil. 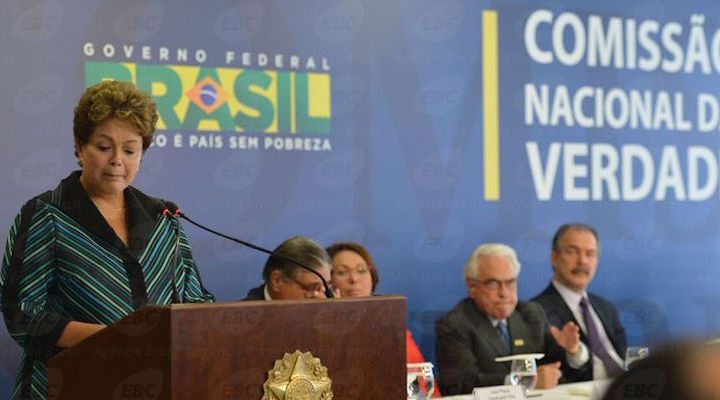 In the years since the end of the dictatorship those responsible for Brazil’s human rights violations had tried to maintain that what they did was just an inevitable and ultimately necessary part of the “war against terrorism.”[3] However, the report of the Truth Commission demonstrates that these declarations are patently false: torture and human rights violations were part of a systematic decision to impose state terrorism in Brazil.[4]

Many Brazilians suffered grievously during these years at the hands of their own government. One was “Estela,” a 22 year old Marxist guerrillera who had joined the struggle against the dictatorship, calling for freedom, democracy, and social justice. “Estela” was Dilma Roussef, current Brazilian president, reelected this past October. After her capture Roussef spent three years in jail, 1970 to 1973. She was suspended naked for hours, bound wrists and ankles in the infamous “parrot’s perch” position, and tortured with electric shocks to her feet and ears.[5] As the Truth Commission’s report carefully documents, thousands of Brazilians suffered a similar fate.[6]

Many of the 88 army generals and others named in the report as human rights criminals are now dead.[7] General Nilton Cerqueira, one of those still alive struck a common theme of defense. Only following orders, General Cerqueira explained, he simply was applying the law against terrorism during the dictatorship’s years. Cerqueira expressed considerable dismay with the fact that those he regarded as terrorists are currently leading the country.[8] He expressed no regrets for his actions.

The Brazilian military of course bears the responsibility for these acts, but it was clearly backed in these years by the U.S. government. While the U.S. offered support at the time of the coup, in the years between 1954 and 1985, more than 300 Brazilian military members spent time at the School of the Americas . This infamous military training facility was operated by the U.S. government. There officers and cadets from across Latin America attended classes, and some of the training they received, we now know, included instruction in how to administrate torture.[9] As researcher Hayes Brown notes, a Pentagon manual “recommended interrogation techniques like torture, execution, blackmail and arresting the relatives of those being questioned.”[10]

Beginning in the 1960s, the School of the Americas turned its training focus to dealing with the perceived threat of internal enemies. This counter-insurgency doctrine received its most direct inspiration from the French use of torture in the Algerian war of independence and then modeled from the CIA practices used during the Vietnam War.[11] Indeed, Nazi war criminals were actually hired by the CIA in its network throughout Latin America and many have been implicated in teaching Latin American army officials in the use of torture. The CIA made obtaining an American visa possible in the direct post-war period for thousands of ex-Nazi officials, and many of them were employed during the Cold War as spies in Eastern Europe, the Middle East, and in Latin America.[12] Despite the Brazilian military’s refusal to collaborate with the government investigation, it has been also established that they also provided advanced training in torture, exporting experts to other like-minded Latin American dictatorships to lend friendly counsel in setting up their own torture regimens.

The Brazilian Army, far from being composed only of torturers, was also a victim of these practices. Members of the army were persecuted, taken prisoner, and tortured. The leading Brazilian daily newspaper, O Globo, has reported that nearly 6,500 members of the military were tortured after their refusal to support the 1964 coup against President João Goulart.[13]

No Justice, No Peace

Of the 377 named by the Brazilian Truth Commission for human rights violations, 190 are still alive.[14] The Commission has called for justice, recommending that the matters be placed before the nation’s criminal justice system. But in Brazil, as with the other former military dictatorships, the price for the restoration of democracy was a free pass for human rights violators, laws the military enshrined in the constitution before returning to the barracks. The amnesty laws forgave decades of terror.

But now that the Brazilian government has formally acknowledged these crimes, one question remains: will the murderers be judged? And one more question: will those in the U.S. government who assisted in the execution of these crimes be judged at some point, a point before they go to their graves?[15] For it would be good if some worldly punishment could proceed any eternal one.

This article is published in agreement with the Council on Hemispheric Affairs (COHA) and originally published as Human Rights Violations in Brazil: Report of the National Truth Commission.

Founded in 1975, the Council on Hemispheric Affairs (COHA), a nonprofit, tax-exempt independent research and information organization, was established to promote the common interests of the hemisphere, raise the visibility of regional affairs and increase the importance of the inter-American relationship, as well as encourage the formulation of rational and constructive U.S. policies towards Latin America. 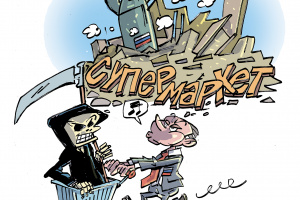 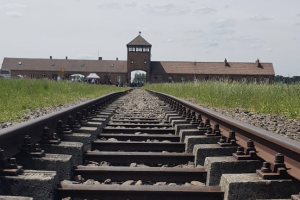 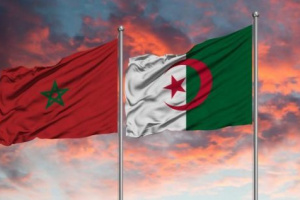 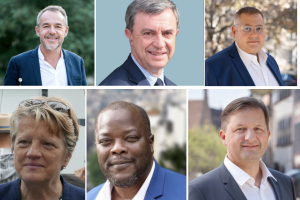 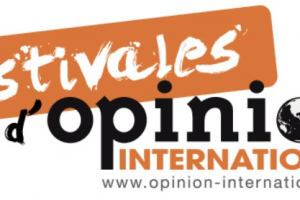 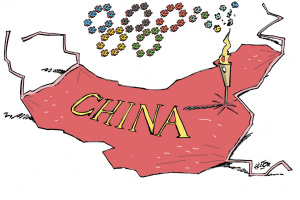