Mali : Revitalizing the peace process through national dialogue and reconciliation

Mali’s Defence Minister Soumeylou Boybeye Maiga resigned on Tuesday May the 27th, less than a week after an embarrassing defeat of army forces by Tuareg separatist rebels who seized several northern towns. Proof, if needed, that instability persists, particularly in northern Mali, and that security and peace are still far from being achieved. 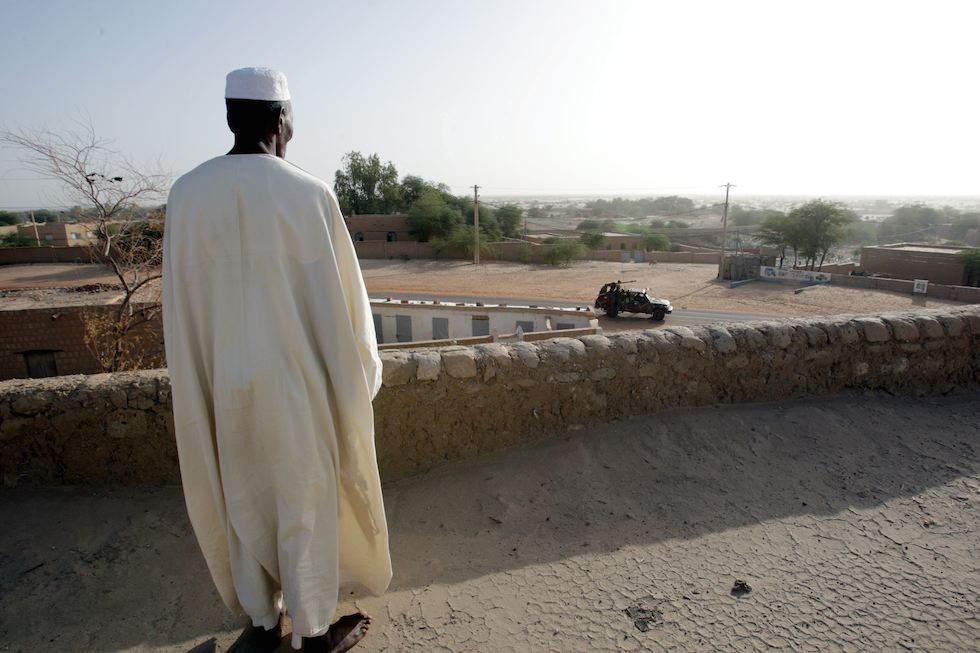 View of Timbuktu, in February 2013 when the city was recaptured by French-led forces – © Sebastien Dufour / Allpix Press

On 5 April, Mali changed government, only six months into office of the previous administration. The top priority of the new government, now led by Prime Minister Moussa Mara, highlights the country’s main concerns: security and reconciliation. Mara immediately called for more action to be taken to curb persistent instability in northern Mali, and one of his first moves was to replace the Minister of Reconciliation and Development of the North with a Minister of National Reconciliation, Zahabi Ould Sidi Mohamed, a native of the northern region of Timbuktu and a former joint spokesman of the armed groups in northern Mali.

In the appointment of Zahabi resides great hope as far as national reconciliation is concerned, which seems to have made little progress so far. Doubts about the success of the June 2013 peace agreement are reflected by the reality in northern Mali. Despite both national and international efforts to restore peace in the war-torn country and despite the reset of state power after successful presidential and parliamentary elections in 2013, fighting continues in the north. The three northern regions – Kidal, Gao and Timbuktu – are still not under the full control of the central government, and few government officials have taken up posts outside the principal towns, leaving significant gaps in state authority especially in rural areas.

Peace and reconciliation efforts seem not to be able to keep up with changes on the ground, and the peace process appears to be loosing momentum. This process needs to move forward with a comprise needs to be found, otherwise it will be virtually impossible to achieve the socio-economic development in the north that is necessary for long-term sustainable peace for the region.

The June 2013 preliminary peace agreements: the reference point of the Malian peace process

In June 2013 the transitional Malian Government signed a preliminary peace agreement with two Tuareg rebel groups – the Mouvement National de la Liberation de l’Azawad (MNLA, National Movement for the Liberation of Azawad) and the Haut Conseil pour l’Unité de l’Azawad (HCUA, High Council for the Unity of Azawad) – in Ouagadougou, Burkina Faso, under the auspices of the Economic Community of West African States (ECOWAS). Two other groups – the Mouvement Arabe de l’Azawad (MAA, Arab Movement of Azawad) and the Coordination des Mouvements et Forces Patriotiques de Résistance (CMFPR, Coordination of Patriotic Resistance Movements and Forces) – adhered to the peace agreement on the same day despite not being signatories.

The agreement’s achievements are multiple and it remains the reference point of the Malian peace process. It mainly aimed at ensuring favourable conditions for the conduct of presidential elections—in particular, a ceasefire throughout Mali—as well as calling for inclusive peace talks.

The first phase of the agreement was successfully implemented with the holding of presidential elections in July 2013 and parliamentary elections in December. The second, post-election phase started on schedule in November 2013. This was to encompass the establishment of an inclusive dialogue on the administrative status of the three northern regions, including a commitment by the rebel side to respect the territorial integrity of Mali, accompanied by the redeployment of Malian security forces in the north.

These first steps may be considered promising but the reality on the ground – enduring insecurity in northern Mali and weak participation in the peace talks – could suggest that the peace process is in fact stagnating.

In response to the agreement’s calls for inclusive peace talks, the government has launched consultations and meetings – such as the ‘Assises nationales sur le Nord’ (National Conference on the North) in November 2013 – with the aim of bringing armed groups, local government actors and community representatives together to revisit pledges on giving more power to the three northern regions and to reinforce national unity in northern Mali. However, soon after the November conference, the two (armed groups) signatories of the peace agreement withdrew from any peace talk or initiative organized by the Malian Government, saying that government-led initiatives so far had had little room for a true and inclusive dialogue with northern communities.

After almost four months of silence, negotiations between the government and northern armed groups were timidly reinitiated in March 2014 under the auspices of the United Nations Multidimensional Integrated Stabilization Mission in Mali (MINUSMA). However, the MNLA refused to participate, leaving the HCUA as the only opponent to the Malian Government.

Determining the administrative status of the northern regions – one of the main goals of the agreement – has been the main point of disagreement between the government and the armed groups. President Ibrahim Boubacar Keïta has made clear that he does not accept autonomy for northern Mali but is in favour of decentralization of competences to the local authorities of the north. Although both signatories of the agreement have dropped their original demand for secession, they continue to push for political autonomy.

The inclusive dialogue is also undermined or at least impeded by some groups conditioning their participation on the release of insurgents. For example, in August 2013, only two months after the peace agreement was signed, the MNLA suspended its participation but in October agreed to restart negotiations after Malian authorities released 23 insurgents and lifted international arrest warrants against four of the leaders of groups engaged in peace talks. The MAA and the HCUA conditioned their cooperation in the March 2014 negotiations in the same way.

The apparent lack of representativeness is also due to growing divisions between and within allied groups in the north, from which new groups and new demands are emerging.

Flux among the northern groups and the proliferation of potential mediators

Reconciliation is a prerequisite for a successful outcome of the ongoing peace process. In the case of Mali, it means not only reconciliation between the government and armed groups, but also reconciliation among the communities that were so badly affected by the crisis – unlike previous crises and rebellions, which mainly targeting the state. In the conflict that started in 2012, civilians were attacked and murdered, which severely inflamed existing intra- and inter-community tensions and deepened existing divisions.

Within Mali’s Tuareg community, clan identities, political differences – between those who chose to remain loyal to the government and those who joined the rebellion – ideological disagreement and even interpersonal animosities have prevented the development of a single, coherent movement. The Arab community is confronted with similar divisions. New dissident groups with demands of their own are also emerging. In March 2014 a former MNLA leader announced the creation of a new dissident movement, the Coalition du peuple pour l’Azawad (CPA, Coalition of the People for Azawad), as a result of internal division within the MNLA, in particular growing disappointment with its leadership.

As the number of actors multiplies, so do the requirements of any final agreement. The flux among the rebel groups has already impeded productive peace talks with the government, which have made no headway for months. The fact that the composition of the parties that signed the peace agreements in June 2013 has changed makes any progress hard.

Added to this proliferation of Malian actors in the peace process are the numerous external actors: neighbouring countries and regional organizations such as ECOWAS, Algeria, Burkina Faso have been joined by the UN, the European Union and France, among others. The more players in the game, the more difficult the settlement could be. This may be especially true when the administrative status of such a natural resource-rich territory is one of the crucial points to settle.

The peace process seems to be losing momentum due to the complex dynamics among and within various key actors involved in the conflict. The inclusive dialogue with armed groups and northern communities for reconciliation stipulated in the peace agreement as a prerequisite for a future sustainable peace process has proven to be particularly complicated.

The critical divisions of opinions and claims among armed groups the proliferation of actors and the sensitivity of the questions under discussion have revealed a serious lack of state authority, sovereignty and legitimacy across the entire country (in particular in the region of Kidal which remains particularly volatile and the stronghold of different armed groups, including Tuareg rebels, extremist groups and auto-defense militias).

State authority is a sensitive issue for northern Mali, the administrative status of which is planned to be discussed amidst strongly disagreement between the central government and the groups from the north. Their divided position does not help the chances of reaching a final peace agreement, or even the implementation of the preliminary agreement, nor does the proliferation of potential mediators involved in this process. In order to achieve a compromise on this issues, both sides (government and armed groups) must seek trust and demonstrate that a return to violence is not an option. In this process the new Minister of Reconciliation, M Zahabi, in which many Malians have a lot of expectations, but criticized by the armed groups, could be a great hope to this process. This process needs to include a first step that identifies what each significant actor wants, what has contributed to their divided positions with the aim to triangulate an outline agreement that would satisfy the greatest number of participants.