The complex dynamics of the conflict in northern Mali

Since early 2012, a violent conflict has been brewing in northern Mali, where diverse insurgent groups oppose the government. However, the conflict requires a broader understanding of the complex and multilayered mix of political, economic and cultural interests contributing to clashes between various parties. Attempts to support a peace process must start with assessment and understanding of the manifold motives that shape the behaviour and agenda of the actors in the conflict. 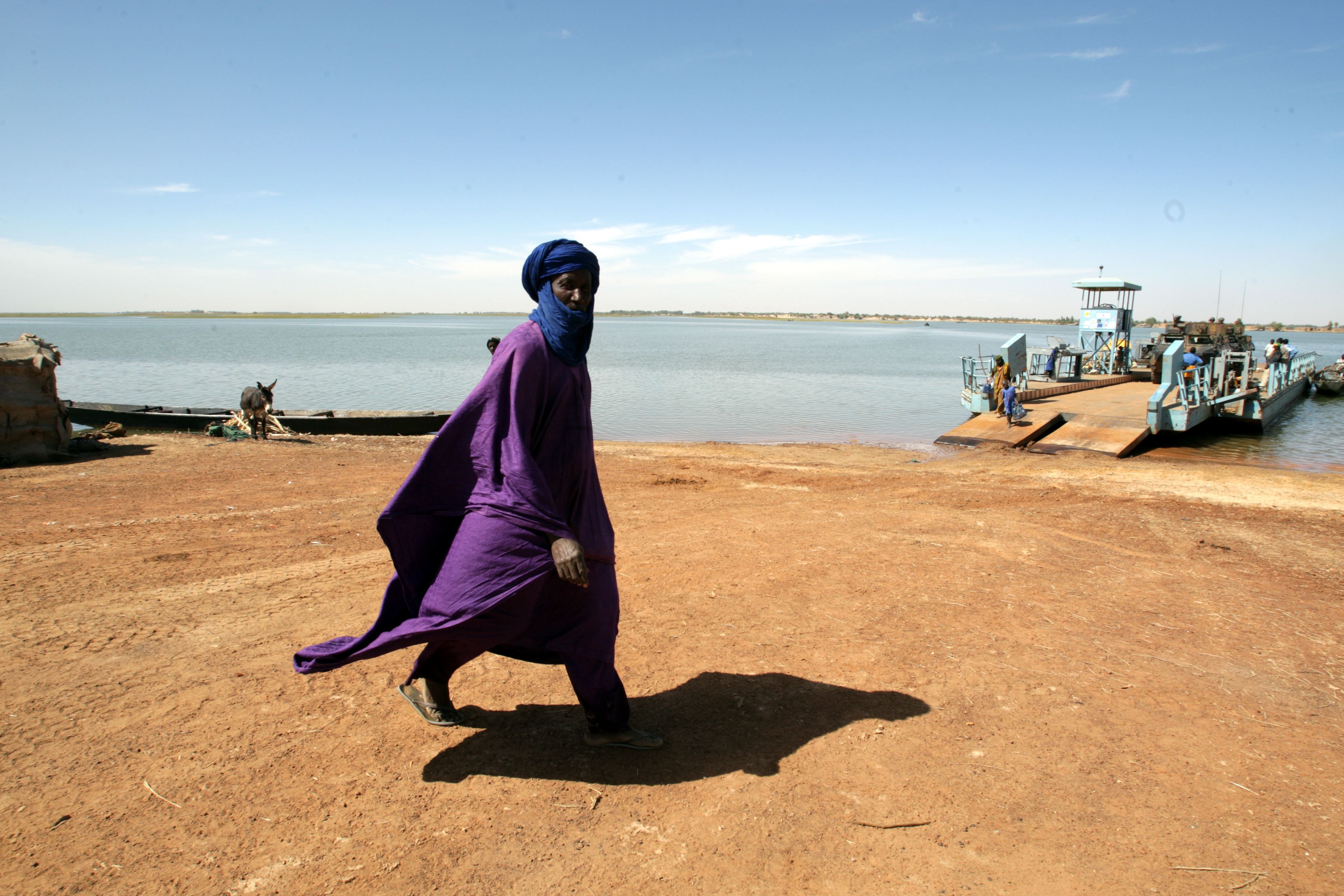 Operation Serval: On the road to Timbuktu with the French and Malians soldiers. © Xinhua / Allpix Press

Since it became independent in 1960 Mali has experienced four Tuareg rebellions, the most recent of which started in January 2012. Tuareg militants have expressed assorted grievances to the national authorities, claiming that they receive fewer state benefits than other groups. More recently they have started demanding greater autonomy and development assistance[1].

During the January 2012, Tuareg rebellion, the National Movement for the Liberation of Azawad (Mouvement National pour la Libération de l’Azawad, MNLA), a Tuareg faction, sought increased autonomy for three regions of northern Mali: Gao, Timbuktu and Kidal[2]. Simultaneously, an opaque ad hoc alliance between al-Qaeda in the Islamic Maghreb (AQIM), the Movement for Unity and Jihad in West Africa (Mouvement pour l’unicité et le jihad en Afrique de l’Ouest, MUJAO) and Ansar Eddine mounted a military offensive whose aim was to implement their interpretation of Sharia law[3]. In March 2012, in the wake of a coup d’état that deposed the Malian Government, these three groups gained control of Northern Mali, an area comprising more than half of the country’s territory. The Malian Army more or less collapsed after the coup and fled the principal cities in northern Mali as the rebels advanced[4]. After Ansar Eddine captured the strategically situated town of Konna, in central Mali, Malian Interim President Dioncounda Traoré requested military assistance from France, which launched Opération Serval in January 2013 to regain control of the country. Six months later, the United Nations Security Council unanimously adopted Resolution 2100 which established the UN Multidimensional Integrated Stabilization Mission in Mali (MINUSMA). The mission began operation on 1 July 2013.

In June 2013 a preliminary peace agreement was signed between the Malian Government, the MNLA, the High Council for the Unity of Azawad (Haut Conseil pour l’Unité de l’Azawad, HCUA) and the Arab Movement of Azawad (le Mouvement arabe de l’Azawad, MAA). The agreement called for the deployment of the Malian Armed Forces (MAF) in northern Mali. However, in September 2013 the MNLA suspended its participation in the preliminary peace agreement and, since that time, tensions in the north have increased. The security situation in the region of Kidal remains unstable, and until recently clashes erupted between the MNLA and the MAF in Kidal. Some groups have also committed acts of kidnapping (e.g. the most recent hostage taking was claimed by MUJAO on Feb 11, 2014)[5].

The composition of the actors involved in the conflict has evolved. Ansar Eddine has gradually disappeared as some of its leading figures have joined the HCUA[6]. AQIM has lost important bases in northern Mali, and many of its troops are said to have fled to neighbouring countries, such as Algeria and Libya[7].

Understanding the complexity of the conflict in northern Mali

The crisis in Mali should be understood in terms of the multilayered nature of conflict, which includes a panoply of actors, both internal and external, who act on behalf of various sets of ideological affiliation, ethnic identity, interpersonal tension and networks. The conflict cannot be reduced to regional jihadism or characterized as a ‘Tuareg problem’ that places the north in opposition to the south.

The conflict involves a highly complex and ever-shifting network of alliances and rivalries among numerous armed groups, where some of the actors constantly shift positions and interests. For example, some fighters may express allegiance to the MNLA one day, only to redirect their loyalties to the MUJAO the next day. There are multiple, but not always exclusive, lines of division between the various groups. These lines may be ethnic, tribal, political or geographic; the various militias may be constituted on the basis of community, ethnicity or political loyalty[8].  Deeper understanding of the complex conflict dynamics, including the diversity of the nature and drivers of the various actors, is therefore necessary.

One of the reasons for the 2012 crisis was the effect of decades of ineffective political and economic management in northern Mali that contributed to a feeling of marginalization for communities there[9]. The Malian Government has not been a major provider of jobs or security and has lacked the capacity to provide the development and security needed for long-term stability in a vast area like northern Mali. A sense of alienation and marginalization from the central government, its failure to provide improved living conditions, and dissatisfaction with the arrangements made for the Tuareg population precipitated a violent reaction from other types of ethnic and political militias in the early 1990s[10]. Some of these militias, such as the Songhaï ethnic militia Ganda Koy, have now reconstituted themselves and are primarily opposed to ethnic Tuareg and Arab communities, such as the predominantly Arab Islamic Front of Azawad (Front Islamique Arabe de l’Azawad, FIAA) and the Popular Front for the Liberation of Azawad (Le Front Populaire de Libération de l’Azawad, FPLA)[11].

Relations between groups in the various communities have been predominantly characterized by a history of micro-conflicts between farmers, including disputes over land and resources, and political disputes[12]. More recently, such disputes have also begun to include conflict over various types of trafficking, such as the smuggling of arms, drugs, alcohol and subsidized goods[13].

Situated as they are on the margin of state development opportunities, some parts of northern Mali have recently taken centre stage in various transnational smuggling networks. As the area lacks state control and efficient governance, transnational drug and, more recently, weapon (mainly small arms and light weapons, SALW) networks operate across the Sahel and the Sahara and, particularly in northern Mali, have flourished in the past decade, sustaining the smuggling economy in the region. Conflicts between competing smuggling networks have proliferated and contribute to both intra- and inter-community tensions.

Inflamed and complex inter- and intra-community dynamics and ethnic tensions have expanded in scope, and some groups have splintered into additional locally based groups, including the Islamic Movement of Azawad (Mouvement islamique de l’Azawad, MIA) and the Ansar al Sharia, both offshoots of Ansar Eddine[14]. In addition, the renewed rebellion has fragmented caste lines in the hierarchical Tuareg society, and militant Tuareg groups have started to fight each other[15]. Furthermore, conflicts have gradually grown into small-scale inter-communal armed conflicts, as demonstrated by the 7 February 2014 attack near Gao (an inter-ethnic clash between local Tuareg and Peul communities, although unsubstantiated reports suggest that the reason for it may have been personal revenge)[16].

The foreign military intervention in 2013 added another layer of complexity to the situation. MINUSMA is currently comprised of approximately 5530 military personnel out of the planned total of 11 200[17]. Its mandate is primarily to stabilize key population centres, support the re establishment of state authority throughout Mali, and promote and protect human rights. It operates in a context of revived and entrenched rivalry between broad varieties of groups, and could possibly exacerbate local tensions.

Without understanding the complex dynamics of the conflicts in Northern Mali, a lasting peace cannot be achieved. Any initiative that aims to achieve sustainable peace should recognize and take into account the cultural, political and historical interests and divisions between and among communities of northern Mali. Furthermore, it requires recognizing the importance of working efficiently with various types of governance. An inclusive participatory political process is needed that involves the population through communitarian networks. The communities in northern Mali need to be reconnected to each other, by building or rebuilding alliances.

[1] http://www.globalresearch.ca/the-crisis-in-mali-a-historical-perspective-on-the-tuareg-people/5321407 [2] http://www.nytimes.com/2012/08/06/world/africa/mali-militias-poorly-armed-but-zealous-to-oust-islamists.html?pagewanted=1&_r=1&ref=africa [3] AQIM is the only formal al-Qaeda affiliate active in the region. It grew out of the Algerian Groupe Salafiste pour la Prédication et le Combat (GSPC, Salafist Group for Preaching and Combat), which comprised remnants of combatants in the civil war in Algeria in the 1990s. AQIM affiliated itself with al-Qaeda in 2007. (Zyck, S and Muggah, 2013) [4] Mali: Prosecute Soldiers for Abuses,” Human Rights Watch, February 21, 2013; “Mali: First Assessment of the Human Rights Situation after Three Week Conflict,” Amnesty International, February 1, 2013; “Abuses Committed by Malian Military: Urgent Need for an Independent Investigation Commission,” International Federation for Human Rights, January 23, 2013. [5] http://www.rfi.fr/afrique/20130930-mali-nouvelle-tension-kidal-entre-le-mnla-armee-malienne-touareg-minusma/ [6] http://fr.saharamedias.net/Des-experts-de-l-Onu-evoquent-la-disparition-progressive-d-Ansar-Edine_a4154.html [7] http://www.maliweb.net/insecurite/le-mujao-seme-la-terreur-195907.html [8] http://www.sciencespo.fr/ceri/fr/content/dossiersduceri/sahel-et-sahara-ni-incontrolables-ni-incontroles?d02 [9] http://www.peacebuilding.no/var/ezflow_site/storage/original/application/f18726c3338e39049bd4d554d4a22c36.pdf [10] E.g. Ibrahim Dicko, the leader of the ethnic militia Ganda-Izo, explained in July 2013 that he could no longer accept the MNLA’s continued claims of support for the independence of Azawad [11] http://www.usip.org/sites/default/files/PB149-Crisis%20in%20Mali-Root%20Causes%20and%20Long-Term%20Solutions.pdf [12] The juxtaposition of communities with different lifestyles and economic activities is an important factor in the land-use conflicts that are prevalent in the region. Such conflicts are an expression of ongoing modernization in the Sahelian societies. [13] http://www.fride.org/download/PB_148_The_Mali_conflilct.pdf [14] http://allafrica.com/stories/201310241480.html [15] The Tuareg society is stratified along strict hierarchical lines where ‘subordinate’ groups (the Imghad clan) have increasingly contested the ‘noble’ groups (i.e. the Ifoghas clan). The majority of the heterogeneous Tuareg constituency is centred in the cities of Kidal and Anefif, while Arabs form a large share of the population in Timbuktu, with Arab militias fighting Tuareg rebels. [16] http://www.maliweb.net/insecurite/nord-du-mali-au-moins-30-touareg-tues-dans-des-violences-intercommunautaires-194590.html [17] http://www.laube.ml/securisation-du-nord-kidal-cantonnement-des-combattants-le-chef-de-la-minusma-fait-le-point.html