When the final vote in Majles revealed that Reza Faraji-Dana, the reformist Minister of Science, Research and Technology, had failed to obtain a vote of confidence, the hard-line members of Parliament could barely conceal their joy. Their cries of relief and satisfaction echoed in the chamber. They had achieved an astounding political victory.

Faraji-Dana thus became the first Minister from Hassan Rouhani’s moderate government to be dismissed by Iran’s predominantly conservative Parliament. Yet, for the supporters of impeachment, the verdict meant more than the dismissal of one individual. It carried the assurance that Iranian universities would not once more become the stronghold of reformism. The following day, and in reaction to the dismissal, the hard-line conservative newspaper Kayhan boldly proclaimed that “Majles broke the horn of sedition”; “sedition” referring to the protests that followed the result of Iran’s 2009 presidential election. 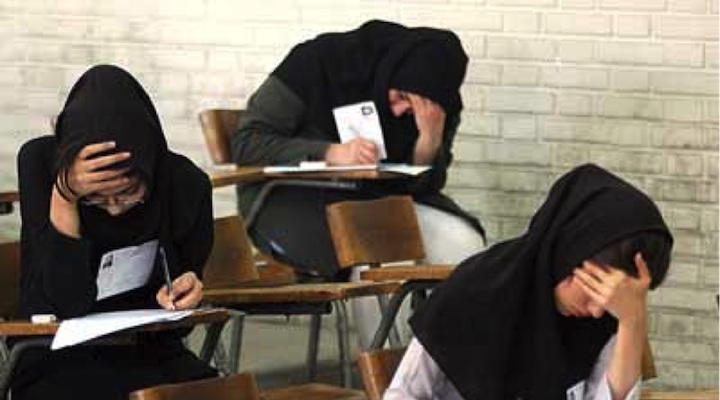 Universities in Iran represent a sensitive cultural and political ground for all sides of the political spectrum. For the reformist-minded elements it represents a core and dynamic constituency.  For the more conservative elements it represents a vital channel for the dissemination of ideology, thus in need of official oversight. With a moderate government in place, bent on giving more autonomy to Iranian universities, the tug of war over determining the future course of universities is in full swing.

“The sensitivity of universities in Iran”, said Saeed Paivandi, France-based Iranian sociologist specialising in sociology of higher education, “is in that different political factions feel that the future of the country, and the extent of their influence, is largely determined by the manner in which universities are regulated”.

During his presidential campaign Rouhani repeatedly promised to change the “security” climate presiding over Iranian universities. Since taking office Faraji-Dana reinstated a number of students expelled due to their political activities. He also returned certain professors who were critical of the previous administration and had been driven to early retirement.

Faraji-Dana who had already received a “yellow card”, an official warning, from Majles in December last year was finally impeached on 28th August 2014. During the impeachment session, members of Majles critical of Faraji-Dana displayed video clips of his advisors appearing to participate in student rallies of June 2009. He was also heavily criticised for giving more consultative powers to university boards in choosing university presidents, as well as for reinstating expelled students and ousted professors.

But the issue that galvanised the hard-line conservatives and set the impeachment into motion was the recent revelation by the Ministry of Science, of thousands of unlawful scholarships accorded in the previous administration. The scandal directly implicated the two incumbent ministers of science from the Ahmadinejad era.

The deputy minister of science had announced earlier in May that the government had found more than 3000 cases of unlawful PhD scholarships in the previous administrations. He announced that the scholarships had been awarded without regard for the appropriate academic grades or age of beneficiaries, as required by the relevant regulations. The revelation has important implications for university autonomy since these allegedly unqualified PhD students can later become university professors.

As the controversy deepened, Iran’s Labour News Agency released a report claiming that certain influential personalities close to conservative factions, members of parliament, and close family members of previous ministers were among the beneficiaries of illegal scholarships. A leaked list of names revealed that the sons of former Minister of Science and former Minister of Communications, both current members of parliament, were among the beneficiaries.

“One of the most important pillars of university autonomy”, said Paivandi, is that universities should have the “authority to recruit professors and accept students, especially Phd students”.

“This process, however, has been completely disrupted in the past 10 years”, added Paivandi, since the Ministry of Science routinely gave scholarships not based on academic merit, but based on factional allegiances. In this way, the Ministry could ensure that current PhD students and future professors would remain loyal elements from their own political faction.

Despite the eventual dismissal of Faraji-Dana, the Iranian government vowed to pursue the case of irregular scholarships, and has since announced that the benefits associated with some illegal scholarships have stopped. But faced with a majority conservative parliament, the government’s continued pursuit of this matter will be an on-going challenge.

“If the government succeeds in pursuing the issue of illegal scholarships, it will be a very important step towards restoring university autonomy”, said Paivandi.

“Islamisation” of University: A Never-Ending Story

Since the 1979 revolution, the “Islamisation” of Iranian universities has been a cornerstone of higher education policies. Three decades on, however, the exact scope and limit of this project is still unclear.

The project received a new impetus following the 2009 protests against the results of the presidential election. The high number of students studying subjects in humanities was deemed worrying, since these subjects, it was said, promoted a materialist and secular vision of society.

In the latest set of amendments to subjects in humanities prepared by the Supreme Council of Cultural Revolution, the official body overseeing the “Islamisation” of universities, major modifications have taken place in subjects such as Philosophy, Politics, Psychology, Women’s Studies, Law and even Architecture. These changes are aimed at providing the “Islamic” perspective in such academic disciplines.

In the case of the subject of Women’s Studies, for example, new compulsory modules such as “Women and Family”, and “Family Management” have been introduced in order to “counter the feminist stream of thought”, according to the new course description. All students in humanities subjects must also take compulsory courses in “Islamic Ontology”.

But while a nominal commitment to “Islamisation” of universities is shared among different political factions in the Islamic Republic of Iran, there are significant disagreements in the scope and limit of “Islamisation”. In a speech to university professors given in May 2014, Rouhani warned of the danger of misconceiving the meaning of “Islamisation” of social sciences.

“The basis and the methods employed in science are universal” Rouhani said. “ In this respect, there is no Islamic, Christian, or Jewish Science” he continued.

He then went on to say that it was permissible to “localise” parts of human sciences in order for them to be applicable in different societies.

According to Paivandi, the very fact that after three decades, the project of “Islamisation” of universities is still ongoing shows that it has not succeeded in achieving its aims.

“After three decades, you would have thought that there would be some tangible progress in this respect”, said Paivandi, adding that part of the reason for that failure has to do with the resistance and dynamism of the university community.

However, there is a bigger danger at large according to Paivandi. Those groups which constantly speak of wholesale “Islamisation” of humanities, are against the modern model of University as an institution of critical thought and free research.

“They prefer a university which is a closed and ideological institution”, explained Paivandi, “that reproduces the same discourse over again without ever criticising it”.

Since the dismissal of Faraji-Dana Rouhani has appointed Mohammadali Najafi a reformist politician as interim minister and has insisted that the change of one individual will not change the path of government.

As the university year restarts, the struggle over the regulation of university is expected to intensify. The outcome of this struggle may prove critical for the future direction of the country.