The majority of human and women’s rights organisations applauded last week’s Global Summit to end sexual violence in conflict for putting the issue on top of the international agenda. However, many wish it had led to concrete national action plans – which we are still waiting for. Child rights agencies would also have liked to see a particularly vulnerable group recognised: children. 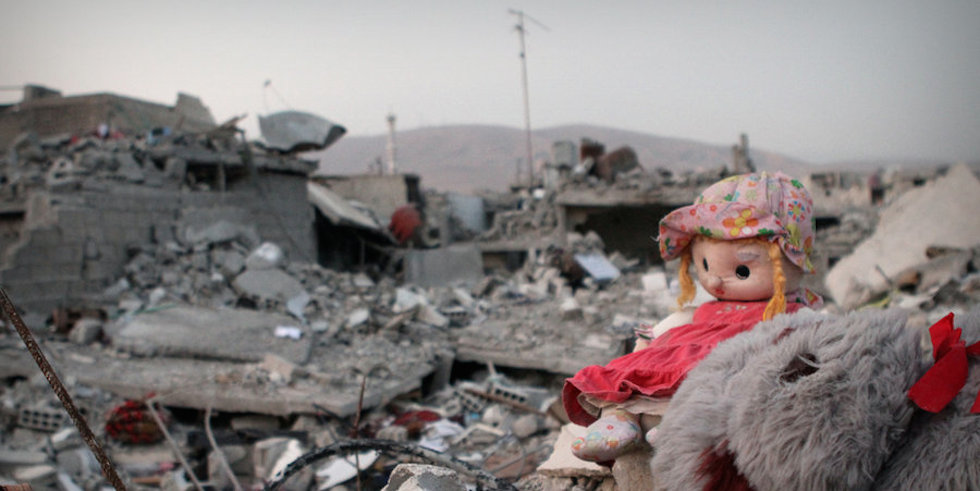 Many of the child rights organisations, including the leading agencies Save the Children and Plan International, did have tents at the Summit so they could sensitise participants about their work globally and highlight the particular vulnerability of children during conflict.

One group of child rights organisations, working together in the BOND Child Rights Working Group, did organise an event on Thursday 12 June to discuss the vulnerabilities of children during conflict, how best to protect them and the challenges ahead if we are to put an end to sexual violence.

« Children are now a preferred weapon of war »

One of the speakers was retired Lieutenant-General Roméo Dallaire, appointed Force Commander for the United Nations Assistance Mission for Rwanda in 1993 and founder of the Child Soldiers Initiative. Since witnessing the Rwandan genocide and its especially horrific consequences on children, he has become a human rights defender, in particular advocating for the protection of children and critically preventing their (in)voluntary conscription into state and non-state militia.

He stated, « children are now a preferred weapon of war » and explained how boys as much as girls are strategically exploited in conflicts, « used, abused and destroyed, » indoctrinated and abandoned, through tactics including rape, mutilation and murder.

Recent and ongoing conflicts provide a body of evidence asserting that children and young people represent a particularly vulnerable population in war-torn countries. In 2008, 65% of the 16,000 cases of sexual violence recorded by the UN Population Fund in DRC involved children, mostly adolescent girls. In Syria, families flee their homes, among other reasons, because of sexual violence and fear of sexual violence – only to become internally displaced persons or refugees in camps in neighbouring countries, where sexual violence is also widespread.

The panel speakers called on governments to take important measures to stop this alarming phenomenon.

The first step, according to the Director of UNICEF UK, David Bull, is to keep track of what is happening so victims of sexual violence are not invisible and thus cannot be ignored. « By collecting data, always more data, we will be able to better advocate, » he said, as governments would then have to recognise and understand the scale as well as the long-term impact of conflict on children.

UNICEF Somalia Chief of Child Protection Programme, UNICEF, Sheema Sen Gupta, reinforced the need for information. « With data, there can be no denial of sexual violence against children in conflicts, » she said, and this is the means to bring about change.

Lieutenant-General Dallaire insisted that ending sexual exploitation and rape in conflict will only be possible if governments work to prevent recruitment in the first place and develop DDR programmes – disarmament, demobilisation and reintegration.

Reintegrating victims of sexual violence into society is not an easy task, firstly because of the stigma still attached to it. Survivors are often ostracised since communities do not accept them – neither the rape victim nor the children born as a consequence of rape.

Sen Gupta explained how communities cope with sexual violence with a « warped version of justice, » where rape is often addressed through forced marriage of the rape victim to the perpetrator (when the latter can be identified).

« It is difficult to reintegrate children who have been forced to commit atrocities against their own communities,» warned UNICEF Director Bull, « but we can do it if we work closely with communities. »

Professor Carolyn Hamilton, international child rights lawyer and Director of the Coram Children’s Legal Centre, shared his views on the need for a shift in cultural attitudes. Reparations programmes must be implemented at the community level with psychological, psychosocial and livelihoods support, temporary education centres, etc. in order to help the community as a whole to overcome the trauma of the conflict.

Pr Hamilton referred to the acknowledgement that perpetrators must not be immune to prosecution – a view shared by all members of the panel.

« We need to end impunity, » Bull said; « it is not right that people get away with this. » Sen Gupta demanded that governments build law enforcement capacity: « we have to increase Women and Children’s Desks to make reporting possible, we have to strengthen mechanisms for prosecution. »

Nonetheless, Pr Hamilton mentioned the problem of weak, destroyed legal systems in the context of conflicts, which then take years to be re-established. Meanwhile, trials are being delayed and children are getting older, while the possibility of punishing the perpetrators fades away.

« Children must be involved as active agents »

As an international children’s rights consultant, Gerison Lansdown emphasised the need for children to be recognised as part of the solution to stop sexual violence in conflict, in order that their specific needs can be taken into account.

In trial settings for instance, child rights organisations have noticed that children tend to drop the case against the accused or to give inconsistent testimonies because seeing the perpetrator intimidates them and prevents them from telling the truth. The International Criminal Court (ICC) acknowledged children’s feelings of vulnerability by giving groups of children victim status. This status allows them to be represented en masse at the Court, which means they can participate without giving testimony.

This example of best practice must be reproduced. As Lansdown, also Chair of Child to Child, pointed out, in signing the Convention on the Rights of the Child, member states have the obligation to recognise and end violations against children.

« Traditionally children have been silenced. They should be involved as active agents, we need to empower children to speak out, » she concluded.