In all the Arab spring countries, women helped overthrowing the existing regimes without obtaining any improvement of their status – the opposite even happened, in Egypt for instance. The reason for this failure lies, among other things, in the non-inclusion of women’s rights in the peace negotiations and the concerns of the new political parties. It is therefore necessary that Western powers insist on the situation of women during the Geneva II conference to solve the crisis in Syria.

The question is not about imposing « western feminism », but rather about taking into account the specificities of each country to provide appropriate support to women. Most importantly, this should begin with making education available to all girls, an essential objective for Malala Yousafzai, Pakistani girl, who showed all her determination on the subject in her speech to the United Nations.

If there are many examples of failures in defending women’s rights, the trend must be reversed and the defence of their rights must be used as a political lever to achieve greater democracy

Patricia Lalonde, executive director of the MEWA NGO, analyses international diplomacy in the light of women’s rights and in the context of the Arab springs.

In our crisis management, especially in the Middle East, we take into consideration the rights of minorities apart from women’s rights; why is it so?

If our support of the oppositions against their dictators during the Arab Spring had been more vigorously conditioned on a firm respect for the rights of women, they would not today be forced once again to fight to defend what had already been achieved after so much historic struggle. We would also be helping women who are struggling to win them for the first time. 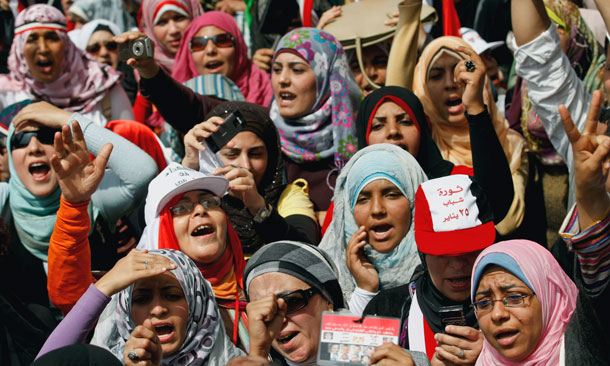 A bleak overview of women’s rights from the Arab Springs

In Egypt, if the Muslim Brotherhood had early on, during the presidential election, been obliged to reveal more openly its retrograde conception of the role of women, perhaps those modernists who voted for Morsi as a way of voting against the remnants of the Mubarak regime would have envisaged their votes otherwise. This might have denied the overthrown Brotherhood president from winning a thin majority in the first place. Wrapping oneself in the vestments of democracy becomes hypocritical if it exposes a disdain for the rights of over half the population.

In Tunisia women had to take to the streets and mount political ramparts in the constitutional assembly in defence of the rights given to them with the founding of the republic, in particular by the liberal constitution and family code put in place by the first president Habib Bourguiba in 1956. Every attempt by the dominant Muslim Brotherhood party Ennahda to set back the rights of women was met with successful resistance. Tunisia demonstrates that once women have tasted equality they will not give it up and will pass it on to their daughters and granddaughters. Nevertheless, they had to fight for what should have simply been taken for granted as an historic and inviolable given.

In Libya, if the international community, led by France, had leaned more heavily on the provisional government to clearly adopt a formal respect for women’s rights there may not have been the unseemly announcement of the return of Sharia law and polygamy.

Now, the case of Syria. Let us hope that it will provide an opportunity to bring the rights of women into the diplomatic discussions. These rights are an integral part of political realism and cannot be viewed as a superfluous feminine fashion. Women and their families are those who suffer the most disastrous consequences from bloody dictatorial repression and civil war. Why not make a serious discussion of women’s rights a precondition to sit at the table of an eventual Geneva II? If the fundamentalists on all sides want a piece of power we should not repeat the errors of the past, we must make them uncover their most unsavoury cards beforehand. Out of respect for more than half of humanity, this must be part of the deal. If as the sceptics believe nothing of consequence can be achieved at Geneva, putting women’s rights on the table would at the very least make the gathering worthwhile.

Delivering an intelligent support to women

All of this does not mean that the West should impose its conception of feminism. Women can find their way to basic rights whatever their religion, culture, or the obstacles of patriarchy and masculine scorn. In light of the ways of the world today women need our unfailing encouragement and support to make their own way in their own societies.

To help them we can smartly condition our aid, be it military or economic, on respect for women’s rights – just as we already do in support of pluralism, the freedom of expression and the rule of law. This can be done in view of the particularities of context.

Let us not make the mistaken interpretation that women’s rights serve only women. It has been undisputedly demonstrated that when girls have access to education, when they can freely choose their husbands at an appropriate age of maturity, when they fully participate in political and economic life, society as a whole benefits. Women have also shown themselves at times to be more effective than men at resolving conflicts.

A crucial support to girls’ education

Women and men of all generations today can only be more committed to the education of girls after the moving testimony of Malala Yousafzai who, from the tribune of the United Nations, has shown us how powerful the determination is to get an education. After being stopped by a Taliban bullet to her head on her bus trip back from school in Pakistan, we helped this extraordinary girl continue on her way to a complete education by means of the miracles of modern medical science. We must help as many others as we can to take the same road with the means of modern laws.

We must not tolerate that in Afghanistan religious extremists are in the process of rolling back the most basic rights of women achieved in the past 12 years of struggle. In the province of Baghlan Dih Salah a religious decree now requires girls to leave home only if they are accompanied by a father, brother or male cousin. It is unacceptable that girls schools are once again being torched and that the Afghan parliament has not yet voted into law the bill outlawing violence against women.

On the contrary, we must give all the support that we can to women like Habiba Sarabi, the first woman governor in Afghanistan to receive the Ramon Magsaysay Prize (a sort of Asian Nobel Prize) for her competent governance of Bamyan Province, where she has enhanced the education of girls. Let us help make it possible for one of those girls to become one day herself the provincial governor. And if there are to be negotiations with the Taliban, respect for basic rights must absolutely be a precondition. Also, every candidate in the upcoming elections next April should clearly state his or her commitment to maintaining the rights provided in the current Afghan constitution.

In short, and without belabouring the point with a myriad of other possible examples, our international diplomacy is deficient to the extent that it does not utilise women’s rights as a political lever. And in the laudable pursuit of democracy these rights are an essential condition. As is often noted, elections alone do not get you there. 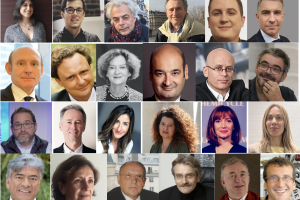