EXCLUSIVE: Opinion Internationale reveals the giant L’Oréal spied on its competitor Guinot to gain a foothold in the Beauty Institute industry. Because Guinot is worth it?

How does one move forward when unable to get one up on its competitors? Spy on them to steal their know-how and throw them off their game? In the small and tight-knit industry of cosmetics, the giant L’Oréal has clearly used illegal and disloyal means to try and crush its competition…Enough so as to tarnish the French brand’s international image…

Jean-Daniel Mondin, founder and CEO of Guinot Beauty Institutes, the French and European industry leader, has taken L’Oréal to court for the illegal appropriation of confidential information and core know-how. Calling upon the industry’s global ethical bodies. This white gloved robbery risks shaking up a generally small and discrete industry…

According to our sources, Opinion Internationale can indeed reveal that L’Oréal spied on Guinot soon after attempting to acquire the franchise, steeling core know-how essential to its success, in order to implant itself in the Beauty Institute industry.

Despite the efforts of the courts, the trial is taking time to come to an end due to the cosmetics giant’s deplorable behaviour and acts of ill faith, even though the plaintiff’s commercial and strategic prejudice is already consequential… 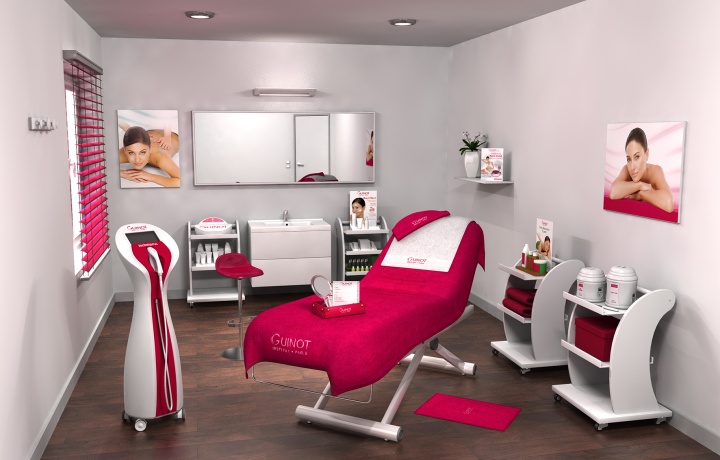 In 2012, L’Oréal made an offer to buyout Guinot, the French and European industry leader. Guinot did not take up the offer. One year later, on the 13th September 2013, L’Oréal retracted its offer. A few weeks later, after not being able to acquire Guinot, the global giant acquired competing brands, Carita and Decleor. These would turn out to be financial disasters.

In January and February 2015, alleged researchers visited some of the Guinot institute’s franchises and inquired into their treatments offers, their work methods and their trade secrets, which have made their brand a formidable success.

Taken aback by the unusual and intrusive nature of these enquiries, in March 2015 one of the franchises visited decided to question Guinot on the subject. Guinot, however, revealed they were not at the origin of these spontaneous “visits”. This strange intrusion might have gone unnoticed as the researchers acted under false identities, intentionally leading the Beauty Institute to believe they were under orders from Guinot.

After getting a whiff of the “skulduggery of organized crime” undertaken by a competitor, management at Guinot decided to involve the courts to find out why, and under who’s orders, these visits were carried out. Almost immediately, upon an order from the Commercial Court to authorise the seizure of documents by bailiffs, Guinot discovered that the alleged “researchers” were under direct orders from L’Oréal’s Legal Department. It would later be revealed that the enquiry was carried out on behalf of Carita, property of L’Oréal Professionnel. Thus, the commissioner behind this foul espionage was no other than L’Oréal itself.

Exposed. L’Oréal claims, against all the evidence revealed in the seized documents, that the enquiries were the result of an isolated initiative which, in any case, was only interested in viewing the Beauty Institute’s devises. The title of which was in no case ambiguous to the intentions and nature of the espionage: “in-depth study of the offers Guinot provides to its beauticians and consumers”. Furthermore, the only brands quoted in the questionnaire were Carita and Guinot.

What is even more shocking concerning this affair of espionage is the fact that at the time both companies, Guinot and L’Oréal, were still bound by a confidentiality clause following the offer made by L’Oréal to buyout Guinot. The franchises that were spied on were equally under obligation to respect the confidentiality agreement with regards to Guinot.

This happened two and a half years ago… What has happened since? Jean-Daniel Mondin has tried from the start of the affair, and multiple times since, to get some clarification from L’Oréal, to no avail… Letters were sent out, to which responses were either dishonest or simply not given, meetings with representatives of the brand resulted in actions of ill faith, including obstruction of measures taken by the Court of Commerce, followed by the use of delaying tactics…

Guinot even suggested a conciliation in 2015, under the auspices of the FEBEA (Federation of Beauty Businesses), in order to establish the truth. Until it was discovered that the mediator, Emmanuel Ader, not only had a professional relationship, but also had family ties, with the global giant’s lawyer. Oh dear!

According to our sources, Jean-Daniel Mondin once again wrote, yesterday, Wednesday 14th June 2017, to Jean-Paul Agon, the CEO of L’Oréal, to express his surprise that he never took the time to speak with him despite all the letters sent informing him of the repeated issues concerning the violation of ethical charters, as well as the recurring management problems.

The courts have not, however, remained inactive…the seven orders already issued by the Court of Commerce of Paris and the hundreds of documents seized leave little doubt over the legitimacy of the accusations of considerable misappropriation of know-how: L’Oréal did indeed try and steel Guinot’s know-how and trade secrets, which have been carefully guarded since the brands creation 40 years ago. This unique and distinctive expertise is the exclusive know-how of Guinot Beauty Institutes, with their very own beauty care methods, beautician training, use of cabins, publicity and, furthermore, the complete control of their know-how.

The damages incurred by Guinot are considerable and can be felt as strongly in France as they can abroad. In France, the theft of core know-how has diminished the exclusive value of the brand, whilst L’Oréal continues to improve their own concepts and open two additional institutes in Paris. Furthermore, the network of Guinot franchises were completely destabilised by this affair. Fearing L’Oréal’s methods, they await their defence.

Mainly implanted abroad (Guinot has 11,000 Beauty Institutes in 70 countries across the world, with “only” 1,800 Beauty Institutes in France), the negotiation of master-franchise contracts has become extremely complicated since L’Oréal’s espionage stint, which must be revealed to the candidates during the negotiations. Thus, in the United States, Guinot’s American partner has now preferred to wait for some form of resolution before developing the franchise. In short, this case has frozen the development of the Guinot brand.

Will the close-knit world of beauty present the ageless story of David and Goliath… Goliath though, fought openly and honestly. Here, Goliath clearly tried to floor David.

“David”, the president of Guinot, who, for interests’ sake, is a shareholder at L’Oréal, owning a total of one share, is not expected to let this affair go quietly: firstly, out of principle, Jean-Paul Agon’s silence, a silence which illustrates his responsibility for the depraved acts carried out by L’Oréal’s, undoubtedly offended the president of Guinot. Also, beyond the economic losses incurred, Guinot has turned this case into a matter of ethics.

Guinot is also worth it!

So, why all this tortious behaviour by L’Oréal? Is it out of fear of reprisal after the famously failed attempt to acquire Guinot? Or was the brand desperately in need of trade secrets to crawl Carlita and Decleor out of a rut? After reading the thick dossier, which the courts will have to wade through, it would be reasonable to think both reasons were feasible.

We can see that moralising public life should not only concern politics. In business, corporate responsibility and loyalty are supposed to govern relations between competitors… Who used to say: “ethics should not only be the cornerstone of any business, but a fundamental duty. A strong and effective culture of integrity is a competitive advantage for a business…”? These fine words came from no other than Jean-Paul Agon himself, upon receiving the Marshall Award on 22nd January 2016, considered the Nobel Prize of the most ethical company in world…and nothing less!

Jean-Daniel Mondin just involved the ECI (Ethics & Compliance Initiative), the body that awards this prestigious award. Now all that is left to do is wait and see what Jean-Paul Agon’s reaction will be to these, to say the least, embarrassing revelations. If they have not yet been warned, management at L’Oréal risk falling from high places, as do the brand’s stakeholders and clients. Espionage, theft of core confidential know-how and destabilisation… A L’Oréal case which is indeed taking shape and risks destabilising the petite world of beauty…

Guinot took L’Oréal to court to seek compensation for damages suffered. For these moral and strategic reasons, Guinot is hoping to be awarded 13.5 million euros in damages from L’Oréal. Its president is calmly awaiting the court’s judgement, which will not be given for a few months yet.

A little tale of morality and respect? If L’Oréal’s brand ambassadors and clients are worth it, then Guinot is well worth it!

For reading the french version of this article. 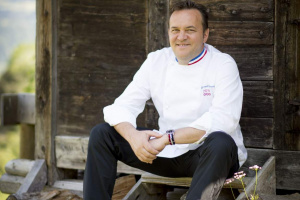 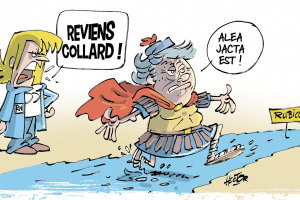 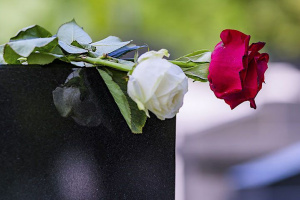 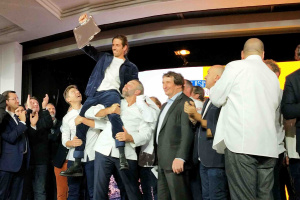 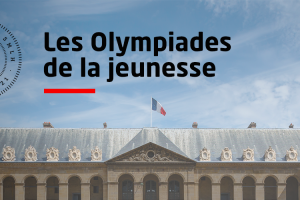 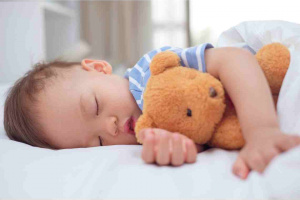