The French government announced it would come up with a national plan against human trafficking by autumn. With its aim of putting an end to prostitution, it needs to take a particular look at sex trafficking, which is responsible for bringing many women to the sex market.

The United Nations estimates that 2.5 million people are being trafficked around the globe at any given moment. A majority of them fall into sexual exploitation, while others are subjected to forced labour. Two out of three victims of sex trafficking are women, and 95% of the victims experience physical or sexual violence. These alarming figures make people react. While governments take stronger measures to fight against trafficking in persons, NGOs are created to help the victims on the ground.

Sarah Tellis, for instance, founded The Pearl Ministry in May 2012 to raise awareness about the realities of sex trafficking. Through the sale of oyster pearls as symbols of hope, her organisation helps ministries based mostly in South-East Asia to ‘save’ girls and women trapped in prostitution.

To appropriately tackle sex trafficking, information is key. Academics thus conduct ever more reports into this matter. Eric Neumayer, Professor of Environment and Development at the London School of Economics, published an article last January on the links between sex trafficking and prostitution, based on his studies in 116 countries.

Ms Tellis, you want to stop prostitution in order to fight against sex trafficking. As such you support the Swedish model, which since 1999 has criminalised pimps and johns. But wouldn’t such a system drive prostitution underground?

Sarah Tellis: Yes, that is an issue. That can happen, because as we know, making a law does not change men’s hearts. We have seen it throughout the years: people remain the same unless there is social reform. So we are really big advocates of encouraging social reform and a spiritual awakening in people’s hearts. And when that is coupled with abolitionist laws, then you have true change in the world. But they have to work together. In Sweden apparently it has made the environment safer for people.

Sarah Tellis, founder of The Pearl Ministry in May 2012

Eric Neumayer: We know that in countries where prostitution is prohibited it does not mean that it is not happening. The market probably shrinks because some people are afraid to engage in illegal activities, so are therefore discouraged from engaging in it. Now in our research, we do not endorse the position that prostitution should be legally prohibited. Whilst our analysis shows that there is likely to be a positive effect of legalised prostitution on international human trafficking, that is not the only criteria by which we should judge that question of whether prostitution should be prohibited or not. For example, we mention working conditions for prostitutes, which are probably better when prostitution is legalised than when it is prohibited.

Mr. Neumayer, from the outcome of your research, would you say it is possible to distinguish between sex trafficking and prostitution?

Mr. Neumayer: Yes. Sex trafficking essentially means, particularly the way we have looked at it, bringing sex workers in from abroad for the purposes of more or less forcing them to work in that industry. Now it is perfectly possible in theory to have a legalised prostitution regime in which the state makes very strong efforts to control the adults who work in this industry. Firstly they [the sex workers] are operating legally. Also, although it is hard to establish, it would seem they are more likely to be working there out of their own free will, rather than being forced – directly or indirectly – by the debt that they need to repay for their migration from abroad, their being trafficked from abroad. So I think the two can in principle be separated and tackled separately. 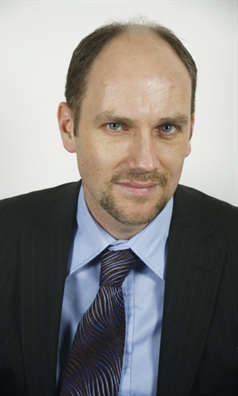 Eric Neumayer, professor of Environment and Development at the London School of Economics

Ms Tellis: As you said, there are a few women and men who choose to do it. But I feel like, from the people I have spoken to who have chosen that, 99% of the time those people have already experienced some form of abuse prior to making that decision to enter into prostitution. It is almost a self-fulfilling, self-loathing prophecy that they complete by entering into prostitution. I spoke to a gentleman last night who had experienced extreme abuse, and now was choosing to be in some forms of prostitution; not owned by a pimp, but choosing it for himself. From what I saw of him last night, it was apparent that he was deeply dissatisfied with his life and with his choices, and that he wished that he had another way of making money – but he felt trapped. It was encouraging to be able to talk to him because I think he got our message of hope that he was really desperate to hear.

What kind of solutions to sex trafficking would you advocate?

Ms Tellis: At Pearl Ministry we have an awareness campaign. When we are out educating people about human trafficking, we find it is more of a heart issue. We recognised that you can tell people that human trafficking is going on and you can expose what leads up to people’s choices about entering in to human trafficking – or the fact that they are trapped in human trafficking – but the practice will continue and will go underground until the hearts of people are changed and they see how they are contributing to it. The hearts of men are the issue and we all have to examine our hearts and ask ourselves what we can do to make a difference. And when we answer that, start praying, believing and moving forward to making someone else’s life different, that is where you change hearts.

Moreover, it is today very difficult to rescue the girls from the sex trade, because when they come out, there is a huge chance that they will return. But from conversations I have had, the research I have done and the ministries I have worked with, I have noticed that the ministries that are successful in retaining these girls into safe homes and to not enter back into prostitution are Christian ministries – ministries that address the spiritual need of man. We can talk about intellect and our mind but academia does not necessarily have all the answers for the world; it has to transfer from our head to our heart. Christians should love people enough to not leave them where they are but to offer hope. That is what we do at the Pearl Ministry; we offer the message of hope, the message that Christ loves you, the message that love is a redeeming love and through him your life can be transformed. These women have been abused, beaten and used by men so their concept of God is really confused. But through entering into these safe homes where they are loved for who they are – Christianity is not forced on anyone – Christianity is lived out before people and when you do not just talk the talk but you live it, people see that and their hearts change.

Mr. Neumayer: Well, my recommendation would be that the state should actively tackle the traffickers themselves. With the project, we have what is called the three P Index, where we grade each country each year on the three Ps: Prosecution, Protection and Prevention. Prosecution is essentially how vigorous the state prosecutes traffickers; protection is protection for the victims of human trafficking; and prevention is measures trying to prevent the crime from happening in the first place. So essentially do all the things in all dimensions and do it vigorously along these criteria.