Tony Judt, historian, professor and distributor of inconvenient wisdom, once remarked that “identity is a dangerous word”. Today, the danger has not receded. It has increased. Let’s embrace it then. 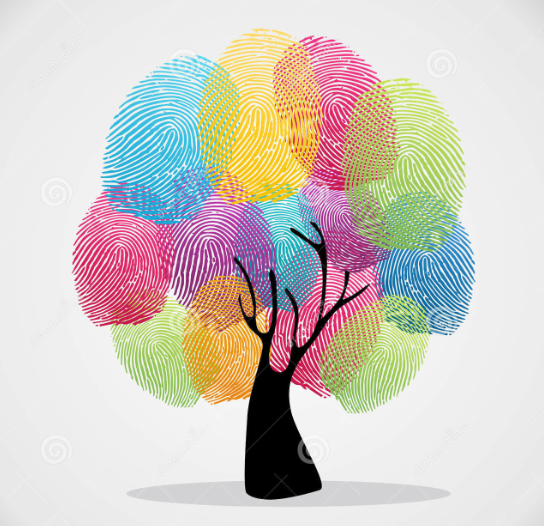 For it is indeed too dangerous a concept to leave it to those who are all too ready to bandy it around to erect barriers, to accuse of treason, to sow fear, stoke exclusion, win elections, and to wage war.

In fact, the obsession with identity is the key driver in our present hysteria with borders, physical and mental, cultural and intellectual, where the definition of tidy groupings and clear demarcations provides for comfortable references and easy solutions. It seems as if identity is refuge we have returned to, yet again, as we face an era of deep political and economic turbulences.

And it is a confused debate, some using it for political points, so wielding it for doctrinal gains, and most of us using it to make sense of it all.

It is at the same time the weapon of choice to stifle debate. In a recent article for the New York Review of Books, Mark Lilla dissects France’s identity politics, where tough questions are conveniently ignored out of respect for identities.

At a less immediately threatening level, it is the new craze: to define oneself and to differentiate oneself, a misnomer if there ever was one, through new technologies such as Facebook or Instragam. These new technologies that have such potential to open up the world beyond our own biographies are in fact narrowing our lives, reducing our perspective to likes and dislikes, to “selfies” and instant thoughts, another misnomer in the modern lexicon of identity

If the ‘selfie’ stick and the nationalistic speak are both being brandished with ubiquitous zeal, it is perhaps not a coincidence. The rise of identity politics therefore seems inevitable, simultaneously fueled by new technologies and stoked by geopolitical fears, and it is one of history’s recurring refrains.

Throughout history, identity making has at its core been passive, often imposed on oneself by others, through an environment of power dynamics, structures and cultures. Frustrating and nullifying, it ignores a more active comprehension of identity. When individual human agency is repressed for too long, it boils over into extremist rage.

It is one of mankind’s greatest achievements to have gradually allowed for man to take ownership for who he is. But an activist definition of identity also runs the risk of turning self serving and self-referential. It is often shaped by a narcissistic focus on ‘who I am’, by a self righteous ‘who I am not’, and by a hubristic ‘who we think the Other is’. As such it is uninformed by the world around us, and by our obligations to others.

What we should explore is how we can acknowledge and cherish the interplay between will and environment. It is a difficult undertaking, which does not yield easy answers, only hard choices.

Concerns will arise. Where do education and culture come in? David Bromwich, in his book on Moral Imagination, proposes that active identity making is not about renouncing one’s roots, as provided by culture and education, but rather to use one’s root to expand one’s sense of self and have the confidence to incorporate other perspectives around a core. Do our current educational approaches allow for this?

And in the great debates around norms and constituents of truth, we may also explore how new technologies can help us in ensuring that facts are not subjugated to the affirmation of identity. Instead, how we can find the self-confidence to accept facts as constitutive of identity?

Could moral imagination also support the possibility, accorded to others as well as to ourselves, to transcend cultural identities, to trespass boundaries, and to outgrow origins? To give protect the mystery of the other, despite his or her culture? Even despite what he or she says?

Could moral imagination also be about recognizing that identity is of course shaped by personal history and choices, but also by circumstances that we do not control? Could we therefore accept, in all humility, and after the difficult struggles for individual freedoms, that our identity is not completely within our remit? One only has to read John Williams’s Stoner and Augustus to see that such questions beset us all, from the all powerful to the everyday toiler.

People of the edge

These questions may in the end lead us back to Tony Judt, advocate and writer for the people of the edge, where identity is not an end, but a means. For whom identity is never achieved, always sought, and where the revelation is rather in the search than in the find. And where humble confidence is achieved through an ethic rather than a conclusion, and achieved by relentless questions rather than big answers.

It is an identity shaped by cosmopolitan values, which finds the self-confidence to engage with the world and meet the Other not in an illusionary common past, but in the affirmation of and commitment to a shared future.

It is the identity of the fox, confident in its elusiveness, in its various “modes of existence” as proposed by Walter Benjamin, with little need for artificial boundaries, and away from the false certainty and comfort sought by the hedgehog.